It has dawned on me that some of you may not know David Bergsland writes fiction in addition to his popular technical book production and font design books and the not so popular Biblical non-fiction. Book One of his epic fantasy was released Easter 2019, book 2 was released in March 2020. His technothriller was released in the spring of 2017. The end-times thriller was released late in 2012. The Ascended Light series of four novels began in the  fall of 2020. The Truth & Beauty series of three novels was all written in the year 2021, finished in August. 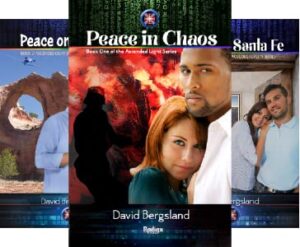 The Ascended Light Christian Paranormal Series brings serious spiritual warfare to the final harvest. It’s a very simple premise. Write fiction which shows how serious believers actually live. Not what the haters and bad press want you to believe they are like, but how they really are day to day. Miraculous events are not uncommon in my life. How about yours? In the lives of the characters of these books, they might inspire you. It’s actually quite simple to live this way. All you have to do is seriously repent of all your sin, ask Jesus to forgive you, and then ask Him to come live in you—of course there is that little part about doing what he asks you to do.

But you’ll be amazed at what joy that brings into your life, what satisfaction, what power. Jesus really wants to come close to you, talk with you, answer your questions, help you in your trials. He loves you. These characters simply believe and follow into great events, major companies, large ministries, incredible spouses, and the list goes on. Christian living is truly miraculous reality. Oh, I forgot to mention, complete victory over Satan and his minions. YeeHaw!

The link for the Ascended Light Omnibus ebook
for Kindle, Apple Books, Nook, and Kobo. 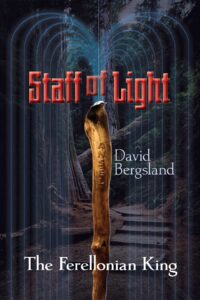 But Heglin Roark, Primate of the Ansélan Church for the Kingdom of Ferrelär strikes back with a vengeance. His plans to deal with Joen’s kind are basically genocidal.
The Primate believes in the power of the church and its liturgy. The Known talk with the Lord directly, and he cannot control them. There are some personal things going on also, but the result is he’s increasingly using the Known as scapegoats. Joen’s campaign against him results in him moving his private war out into the open

Click on the link for the landing page, book 2, Staff of Darkness, the Gazetteer   and Book 3, Staff of the King. 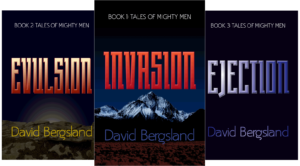 Though these are an excellent tale, they suffer from being outside actual history. Written during the early Obama years, they are now merely an entertaining alternative history.

From Book 1: From New Mexico, the land of enchantment, and its history of mighty men, a modern tale of conflict develops.

But a calling rarely lets up, and Stones was meant for combat. The new foe was devious, coming up from Chihuahua, with support in surprising places. She’d never been faced with traitorous Americans, amazing wealth, and the sheer nastiness of an oppressed people demanding freedom.
Cut off from the East with no resources, Deborah discovers that God has a plan for her which she never could have dreamed—far beyond her wildest imaginations. She’d have to deal with her mother, who was a legendary assassin?!