Redemptive or better Christian suspense is quite rare. What there is often shows spiritual warfare and commonly has apocalyptic themes. That being said, there are some excellent stories on this page. 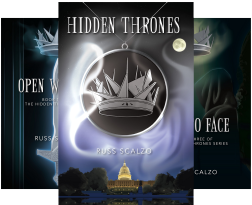 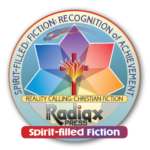 “Jack Bennett has an unusual gift. His coveted ability means he is the FBI’s newest hire, serving as a consultant for their new Paranormal Division.
The government is convinced we are not alone in this world. With invisible forces all around, agencies are seeking how to harness that power for their own uses. The mystery swirling around the unseen and unknown has caused much speculation. Some suppose lost souls are wandering the earth, others believe deceased loved ones never truly moved on, and still there are those who are convinced that aliens have infiltrated our world.

Jack Bennett knows better. He knows who and what these powers are. The ancient scriptures talk about a great evil that was conceived in the depths of eternity. There, a great war occurred in a place called Heaven. Lucifer, the ancient serpent, the evil dragon of folklore, was cast out and bound to the earth and confined to its surrounding atmosphere.”

Peter really likes these Two. He recently reread it in preparation for his review of The Third Strand, the sequel to The Omega Watchers, which is now available.

Here’s a quote from his review of book one: “I am glad I found this book. The Nephilim mentioned in The Omega Watchers is a favourite topic of mine as well as eschatology. Some Christians would not know what the Nephilim are or may not have studied eschatology and therefore may not be aware of the connection between these two in relation to the verse in Matthew 24: 37,

“As it was in the day of Noah, so it will be at the coming of the Son of Man.”

“I have read quite a bit about both topics and this connection to Matthew 24:37. The growing number of bible researchers/scholars and even devout bible students who study eschatology seem to all agree on the major details relating to these topics. It is from this perspective that I was hoping Hedrick would have shown in The Omega Watchers. I am pleased to say that she has! She has done a great job of it too!

A mysterious Dead Sea Scroll revealed prophecies of the return of the fallen angels and the timing of their release from the abyss where they have been imprisoned awaiting their final judgment. But, there is a missing piece to the prophetic puzzle!

Gabriella’s cave exploration leads her team on an ominous journey to discover a lost prophecy from the days of Noah and find her own spiritual truth. In her search she opens her mind to a “Watcher” that captures her with his mystical powers of universal knowledge as they travel between time and untime.

This deceiving spirit proclaims the coming of the Ascended Master who will usher in a new age of peace for all mankind. Gabriella feels totally alone as her friends believe Yahweh as the one true God and they struggle to convince her she is falling deeper and deeper into a pit of destruction and is about to cross the point of no return. 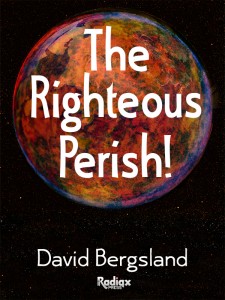 The Righteous Perish by David Bergsland

Here begins a tale of wonder as the plans of the Lord are revealed to a church which had not considered the wisdom and complexity of God’s love for us.

We are asked to open our hearts and minds to accept the very real possibility that Jesus meant what He said by telling us that no one knows the day nor the hour. All we need to do is remember how the religious of the day missed it when Jesus came to the manger. In fact, as you know, few figured it out until after He had risen back to be with the Father.
It may look outrageous, but it’s possible!

We must be open to the very real possibility that we really do not know how it’s going to happen.
We only know that the King is coming soon!