The Ascended Light Christian spiritual warfare series brings serious battles with evil to the final harvest. It’s a very simple premise. Write fiction which shows how serious believers actually live. Not what the haters and bad press want you to believe they are like, but how they really are day to day. Miraculous events are not uncommon in my life. How about yours? In the lives of the characters of these books, they might inspire you. It’s actually quite simple to live this way. All you have to do is seriously repent of all your sin, ask Jesus to forgive you, and then ask Him to come live in you—of course there is that little part about doing what he asks you to do.

Believers living in the 21st Century…

These books might change your life. In terms of genre, this book gives you portions which are contemporary, action/adventure, thriller, with a little touch of science fiction and romance in the midst of a fantastic life. It’s a bit edgy, speculative, and contains supernatural, paranormal, spiritual warfare involving sold out believers in the late twenties [2020s]. To strange minds, like the one in the author, there’s even a fair amount of humor.

The author is driven to share with his audience what he has learned since he was a drug-crazed hippie in the late sixties and early seventies. That has been mainly influenced by the fact that Jesus, our Messiah, sovereignly called him in 1974. His life radically transformed.

There’s little or no preaching, few bible quotes, The author does not talk like that to his friends. He wrote the book as a conversation with his friends. The heroes of the book are five men and women called by the Lord when He sovereignly begins speaking to them while they are in a crisis. It’s like Jesus has been doing with Jews and Muslims, all over the world, for the past few decades. In this book, after convincing them that He is Jesus, He eventually asks the character something like, “What do you want?”

Their responses, male or female, are remarkably the same. A variant of, “I want a life that matters. I want to help others come to know that type of life. I want to be involved with people I care for, who love me, who care about this. I want to be what I was designed to be.” This omnibus version is about how the Lord does that for these five people, and the many people He sends to help.

The link for the Ascended Light Omnibus ebook at $8.99 is
for Kindle, Apple Books, Nook, and Kobo through D2D.

It started with research into the background of the groups involved with the riots and violence during the summer of 2020. I was amazed at how strong the occult tie-ins were. Then I started adding in the likelihood of satanic efforts which are in process to bring the Antichrist to power. A story emerged.  What resulted was the Ascended Light Series. 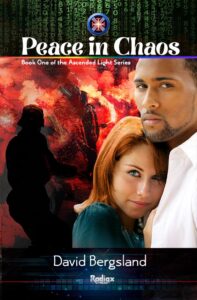 Book One in the Ascended Light Christian spiritual warfare series

Christian spiritual warfare
What do you do when the hero and heroine’s lives are real, yet so fantastic? Truth in heroic urban fantasy—what a concept. We start with Denzell Trujillo, a new college freshman art student in Albuquerque, falling asleep in church when the Lord talks to him—so clear he was sure it was out loud. Within three days, he’s a new creation powerfully reborn into a life of wonder. Even more startling, the people he respects think he has powerful things to do—soon! 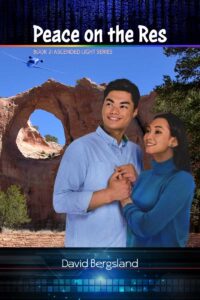 Christian spiritual warfare
The company birthed in Peace in Chaos discovers that the evil behind the violence is working globally. They are deeply tied into the Swamp, but what is this mayor of a small city in southwestern Utah? He’s clearly deep into this work of subverting political power. But he’s a nobody. 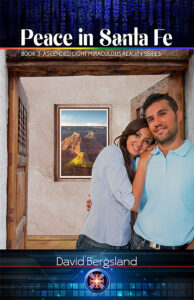 This was a fun one for me. It starts with a pansexual artist on Canyon Road in Santa Fe. This is one of the top 3 (according to some) fine art centers in the world. Paintings are commonly $30,000 to $50,000 or more. Most of them aren’t too good, they have too much ego involved. But anyway, Eloy, the artist, answers the Lord’s call.

It’s a really fun book—uplifting, edifying, joy. You’ll find it hard to avoid the worship, as the Lord works in His wonderful ways. 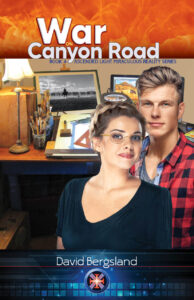 This new tale starts with Jasmin Wildhorse, the widow of a maniacal Comanche prophet. She is living in a demon-infested mansion with people involved with an occultic variation of the Native America Church, called Half Moon+. They use a magic mushroom liqueur instead of peyote to access demonic power. The Lord sovereignly speaks to Jasmin, while she’s under severe demonic attack, showing her the way out. He sends her to a meeting in Eloy and Haseya’s home. There she meets Jesus and ends up a new creation working at the gallery.

She finds herself becoming a close friend of William, the anointed artist-in-residence. Surprised by the Lord, she ends up working in the marketing office, in charge of the Website and online marketing. At her wedding with William, two of the people from Half Moon+ show up to cause chaos. One of them is Bimisi, the Jicarilla Apache medicine man who sicced the demon on her.

The other, Maria Aragón, sees her way out of that mess, and turns to the Lord. That tips Half Moon+ into attempting to destroy the gallery. One thing about spiritual warfare that’s not understood is that the world doesn’t even notice it happening right in front of their eyes. But nasty as it gets, the demons don’t stand a chance with believers walking in faith, following Jesus. It’s a fun ride.