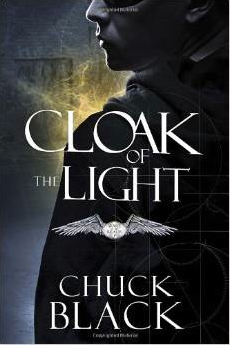 This turned out to be pretty good. It starts out with Drew’s father’s funeral at age 12. It seemed like a really overdone plot for quite a while: Drew finds football, excels, has a horrible traffic accident, and can’t play any more {that’s when I started to get interested}. He’s got a geek friend, genius, who’s into aliens. O shucks, do we have to go here too? Then there’s the wild lab experiment that goes wrong and suddenly Drew can see aliens. This was getting to be a bit much. But Mr. Black held it together with excellent writing. He even adds the Christian girl Drew lusts after but she won’t have anything to do with him because…Drew cannot understand it.

The real problem is the price. I got this free for a review, but I certainly wouldn’t buy it. The Kindle book is nearly $10—more expensive than the paperback. It’s been a long time since I paid even $5 for a Kindle book of an unknown [to me] author. If I hadn’t gotten it free and promised a review, I probably wouldn’t have made it to the good parts.

I imagine it read like a light horror story to a young teenager. For someone who has been involved in spiritual warfare since the mid-1970s, this was fairly silly. Not much reality here. But, if you give it to one of your children just tell them you want to talk about it after it’s over. It should provoke a good discussion. At the end of the book Chuck has a reader’s guide where he gives his Biblical justification for what he wrote.

I could understand what he was doing, and it made sense once you get past movie-style descriptions of the aliens. The actual spiritual warfare really doesn’t exist in this book. Believers just barely enter into the battles. It might be better in the rest of the trilogy. It’s certainly headed in a good direction. For young teens this is really quite good. I think they’ll find it exciting. But you need to be able to talk about the reality of spiritual warfare and how we as believers can deal decisively with evil spirits. The idea that Drew, as a non-believer, could get as far as he does without the Holy Spirit is certainly unrealistic.

So, even though I finally got into it and really enjoyed the last half of the book, I’m giving it 3 stars because of the cliche plot. The characters are well-developed though and you really begin to identify with them. So, I like it. 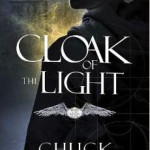