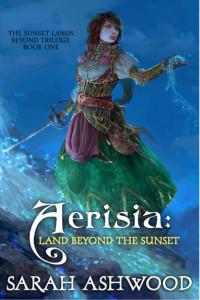 Ok, I don’t like clean reads or fantasies which devolve into a man and a woman struggling with thwarted desire. This book is both. Because it’s just a clean read, I have to give it a one-star rating in this blog. However, on Amazon and the rest, it’s nearly a four-star book.

The book’s production is professional with a very attractive cover and no formatting issues inside. The author knew what an ePUB is and provided me with a good one, no problems.

This book starts out as a wonderful fantasy

It’s one of the better ones I have read recently. I was totally involved in the tale within a few pages. The heroine plays the bright teenager convincingly. But the depth of character needed is there.

Then she meets the Lord who will join with her. He’s cold and repelling, massive, non-emotional, yet strangely kind at times. The world she lands in is in desperate need of her. The fantasy story is proceeding beautifully. Then she sees him with his shirt off—and the tale stops, replaced by the typical yearnings of the emotional titillations of romance. The Lord goes through similar angst.

The last quarter or less of the story is about the angst and it stops with the romance unresolved and the problems of the nations still largely unknown.

There is a generalized force of Good, outside of the humans involved, and a much stronger force of evil.  Evil is winning the day. How easy it would have been to personalize the Good and evil—a Creator and the top angel fallen into rebellion. It would have made the story make sense. For me, the story grew sadder and sadder as it became clear that the heroine was on her own with no spiritual help. So the book is mixed bag. My guess is that they love it on Amazon. It could well become very popular. But it could have been so much more.