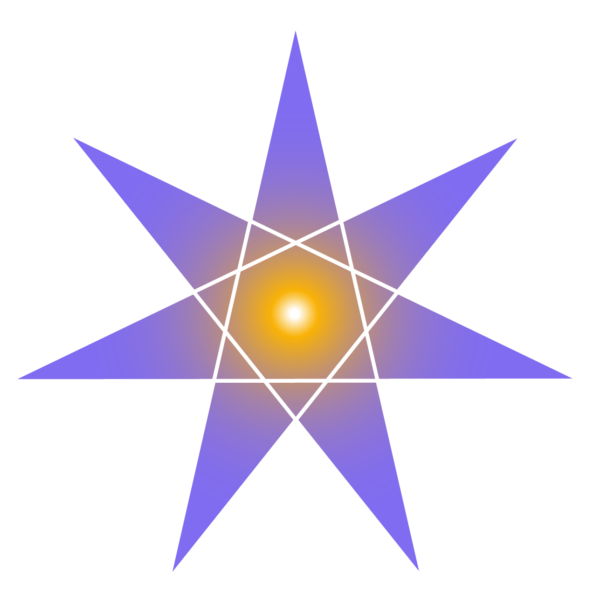 Graphic symbology — how the Spirit blows out the Law It includes it but goes much beyond what the Law can handle. 7-point star: single point up is the Holy Spirit, single point down it’s the Law.

Remember, this is symbology, not reality. But it’s accurate.

Graphic symbology — how the Spirit blows out the Law

Here’s my testimony, just to give an outbound link. In my occult days, before Jesus, I used to write about symbology quite a bit. It’s useful knowledge.

The problem, of course, is that heathens do whatever they feel like, and believers do it all different and then make denominational statements about it. But you can take my word for that. The twists come when people start trying to factor in things like Jewish Kabalah [sp?] and the flat out evil of what Aleister Crowley, and many more, were working with. Often, the Christian versions simply make no intellectual sense. BUT! This is only my opinion, you understand.

8-point: basically the same as the 4-point

But these days, we really can’t use symbology, because like in Judges, everyone does what they think is right in their own eyes.

Christian symbolism is the use of symbols, including archetypes, acts, artwork or events, by Christianity. It invests objects or actions with an inner meaning expressing Christian ideas.

The symbolism of the early Church was characterized by being understood by initiates only,[1] while after the legalization of Christianity in the Roman Empire during the 4th-century more recognizable symbols entered in use. Christianity has borrowed from the common stock of significant symbols known to most periods and to all regions of the world.[2]

Only a minority of Christian denominations have practiced Aniconism, or the avoidance or prohibition of types of images. These include early Jewish Christians sects, as well as some modern denominations such as Baptists[which?] that prefer to some extent not to use figures in their symbols due to the Decalogue’s prohibition of idolatry.