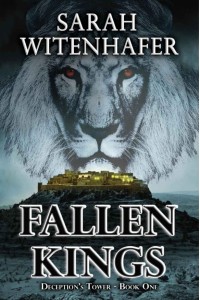 It’s hard to express how depressing the world was post-Noah, pre-Abraham, in the Fertile Crescent.

The world is hopeless without a Savior!

A whimsical Tower of Babel

This is a historical novel about the times leading up to the Tower of Babel, I think. This is book #1 in the Deception’s Tower series of what I assume will be three books. The Gods have come to earth, and they are only thinly veiled demons. There is none who can withstand them except believers in an unknown God who does not reveal Himself.

The only really disturbing thing about the book for me is the fact that everyone in the book is run entirely on emotion and lust with only a couple of exceptions. The exceptions are brutalized, mocked, and killed. But then that’s the reality of a world without the chosen people and those born from above.

Like I said, it’s a depressing look at the probable realities of life before our God revealed himself to other people than those in the line of Adam and Noah. Noah’s line is not even mentioned. The anguish of the people is well done. The emotional charge is there for those who get into stuff like that. I don’t. Yet, it was a good and interesting read. As I said, how depressing is a world without a God and Savior.

On the other hand, most of you will react as Mary Findley did when she gave this book five stars and a powerful, strong endorsement as the best book she’s read in the past year. I really don’t like emotional romances, but it says a lot that even such as I think this book is exceptional. You should read it.