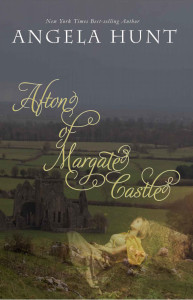 The description led me to believe this was a fantasy. I guess I didn’t read it closely enough. I was seduced by memories of excellent action/adventure thrillers I read decades ago by Hunt’s hand. It has many elements of a good fantasy, but the story kept being tied down by history.

Hoping for a fantasy, got a historical romance

It is actually a fairly decent fantasy, but the focus is in the Duke’s son and a beautiful girl—who was taken from her mother by the son’s mother as part of the tax owed because the animal they owed as a tax died. It’s mainly set in England after the Norman conquest. Of course, the Crusades are there.

The history killed it for me. I know that history, and I’m looking for somewhere new to get my jaded mind going with unknown customs and rituals—to teach spiritual truths. It was sold to me as a Christian novel. I wouldn’t put it in that category, but it may well fit within the traditional bounds of it. It’s clean, no bad language, some rough violence is hinted at, and the story has some of the vague religiosity of stories from this time period. BUT, I want people’s lives transformed. This was merely a clean read kept interesting only by the ridiculous trials the couple had coupling. The blocks to their union were nearly absurd at some points.

Worse yet, I know how religion is told about that era

There were true believers, but they’ve been largely hidden from history. The result is a story which is severely hampered spiritually. I know there is some historical evidence that Gregorian chants were originally monks singing in tongues in the Dark Ages some centuries earlier. There was a pre-anabaptist thread through Christian history also beginning with the Waldensians around the 12th century. But this particular period of the church and western civilization [11th & 12th century] is a horrible place from which to teach spiritual truth. In this book, it wasn’t. In fact, it was barely religious. The book doesn’t even mention the split between Orthodoxy and Roman Catholicism, for example.

This story is basically non-spiritual

I don’t recommend it.