When is His coming? Which one is it? In the excitement of the last days a very important fact is not been taught.

There are three major Messianic events!

You need to be wise and discern the times. Do you think the Creep would have allowed the stereotypical scenario in that incredibly popular, ridiculously lengthy book series to become so accepted among the heathen if it was even close to being true?

FIRST COMING — Our Redeemer: We know the Messiah came the first time as a baby from the tribe of Judah, our Redeemer. He bought us out of the bondage of sin and gave us eternal life. We are living in that life now.

SECOND COMING — The King: Most of us are increasingly waiting for the Coming King—the second coming of the Messiah. The Antichrist and False Prophet are tied to this one. This is the end of the Age of the Gentiles. Rev. 19: 12 tells us He probably won’t be known as King Jesus: he has a name inscribed which no one knows but himself. [RSV] The King comes with a rod of iron to rule the nations for a thousand years, at least. A small subset of the Church [the beheaded ones] rules with Him from Jerusalem.

THIRD EVENT — The end of the first creation & Judgement: This is what Peter is talking about that I mentioned in the title of this posting. This event, in Revelation 20:8, is the only place in scripture which mentions Gog and Magog except for the commonly taught war from Ezekiel. And this mention comes after comes after the King is enthroned; and the AntiChristi and Prophet are cast into the lake of fire.

I saw the souls of those who had been beheaded for their witness to Jesus and for the word of God, who had not worshiped the beast or his image, and had not received his mark on their foreheads or on their hands. And they lived and reigned with Christ for a thousand years. But the rest of the dead did not live again until the thousand years were finished. This is the first resurrection. Blessed and holy is he who has part in the first resurrection. Over such the second death has no power, but they shall be priests of God and of Christ, and shall reign with Him a thousand years.

Now when the thousand years have expired, Satan will be released from his prison and will go out to deceive the nations which are in the four corners of the earth, Gog and Magog, to gather them together to battle, whose number is as the sand of the sea. They went up on the breadth of the earth and surrounded the camp of the saints and the beloved city. And fire came down from God out of heaven and devoured them. The devil, who deceived them, was cast into the lake of fire and brimstone where the beast and the false prophet are. [Rev. 20:4–10 NKJV]

So, what about Peter’s statement—where I started this very short teaching?

Well, Peter seems to be clearly talking about the end of the first creation and final judgement—the Third Event — that great event before the new creation with the New Jerusalem. But the warning to be alert applies to the Coming King event also. Jesus’ warning to watch and wait with anticipation [Matthew 24:42–44] is still our key command.

Most importantly, I want to remind you that in the last days scoffers will come, mocking the truth and following their own desires. They will say, “What happened to the promise that Jesus is coming again? From before the times of our ancestors, everything has remained the same since the world was first created.”

They deliberately forget that God made the heavens long ago by the word of his command, and he brought the earth out from the water and surrounded it with water. Then he used the water to destroy the ancient world with a mighty flood. And by the same word, the present heavens and earth have been stored up for fire. They are being kept for the day of judgment, when ungodly people will be destroyed.

But you must not forget this one thing, dear friends: A day is like a thousand years to the Lord, and a thousand years is like a day. The Lord isn’t really being slow about his promise, as some people think. No, he is being patient for your sake. He does not want anyone to be destroyed, but wants everyone to repent. But the day of the Lord will come as unexpectedly as a thief. Then the heavens will pass away with a terrible noise, and the very elements themselves will disappear in fire, and the earth and everything on it will be found to deserve judgment.

Since everything around us is going to be destroyed like this, what holy and godly lives you should live, looking forward to the day of God and hurrying it along. On that day, he will set the heavens on fire, and the elements will melt away in the flames. But we are looking forward to the new heavens and new earth he has promised, a world filled with God’s righteousness.

And so, dear friends, while you are waiting for these things to happen, make every effort to be found living peaceful lives that are pure and blameless in his sight.

And remember, our Lord’s patience gives people time to be saved. [2 Peter 3:4–15NLT]

At this point, all the ungodly will be destroyed

Hey, I didn’t say it. God said it in scripture—in many places, especially Psalms, Isaiah, and Revelation.

Look Up! Our redemption draws nigh!

Check out The Training Place of Mankind page for more details or buy the book archive here. 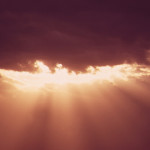