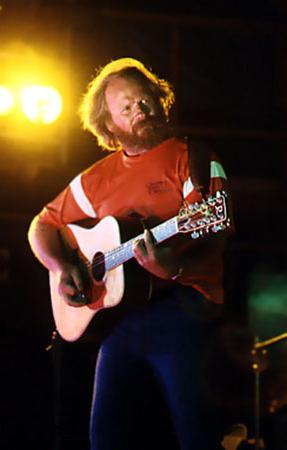 I only recently began reading Christian fiction almost exclusively. As many of you know, I rate the level of Christianity in the spec fic I read in the reviews I post to this blog. Over the past four days I had an interesting experience. Because there are so few books in the fantasy, science fiction, technothriller genre I like to read, I had run out of anything to read. Since I read 3-6 books a week, this is a minor crisis for me.

So, I read a heathen book from a formerly oft-read author

At Target over the weekend, I picked up a copy of a Brad Thor I hadn’t read. I had also, in a moment of nostalgia, bought a copy of the latest Cussler/De Brul book. So, I read the Thor book on Friday/Saturday. I was amazed at how poor I thought it was. It was just a black ops/cop mystery all about the hero getting into the pants of a detective he worked with as they attempted to thwart the horrendous problem they and the nation were facing. I have never liked mysteries anyway. But now I was very much aware that the hero and heroine were left with no help—completely dependent on their intellectual prowess and luck. The book finished with the celebratory wishful thinking about a possible new love relationship. But having read Brad’s books for years, I knew it was just another bout of serial fornication though couched in terms of worldy love.

The Lord gave me relief with a truly Christian novel

By the grace of God, I received the new Guy Stanton book to review and cleansed the palate, as it were, with it next. I reviewed it yesterday. It was another  delightful romp through his stories of vigorously pure and holy romance within a rousing action/adventure plot. It was a real joy and left me encouraged and edified, as his stories always do.

Then it was back to another heathen book

By Sunday afternoon, I needed something else to read, to I started the Cussler/De Brul story. I finished it last night as the hero saved the day and then headed off for a romp of serial fornication in celebration. Thankfully, that was only hinted at. The book was about a brilliant leader saving the day by his strength and intelligence, with quite a bit of random luck. I was left sad and almost depressed.

As Barry McGuire used to sing: “I don’t believe in luck, I believe in Jesus.” He, the Second Chapter of Acts, Debbie Boone, Keith Green, and others transformed my music habits in the mid-70s after I met the Lord. Here was popular entertainment which edified and built me up. It was a major revelation.

Now, I find I am at the same place with Christian fiction. I hunger for strongly Christian books which edify, raise me to worship, and fill some of the need I have for the presence of the Lord in my life.

It can certainly be argued that it is silly at best, and possibly evil, that I feel such a need for entertainment. But I am an American of the 20th century and entertainment largely took the place of worship and fellowship for many of us. The acid parties we had to immerse ourselves in the latest Beatles album seemed to fill a huge need in my life. I had no idea that they were a deluding replacement for worship and discipleship. The group I lived or socialized with certainly tried to fill our spiritual needs with the counter-culture built on LSD hallucinations, the occult, and all the other garbage we were into.  We actually, and seriously, took acid as the preparation for self-led group therapy to become enlightened. What idiots we were!

As the world falls apart, we need Christian fiction

At least this is true for people like myself who are addicted to reading. Don’t accept anything less. Share the good stuff with the rest of us.