↓
Home→Author→Creative→Creativity for Christians: in His image 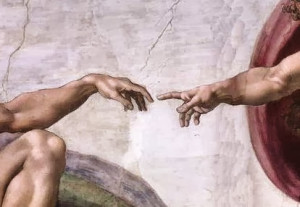 This has been one of my favorite topics for many years. It is also one of the places where Christians are most embarrassing. Most simply do not have a clue.

Yet, it is certainly one of the major ways we are created in the image of God. It’s such a major attribute of God that often He is simply known as The Creator.

We’ve all seen the image to left from the ceiling of the Sistine Chapel. But it’s silly as a resource about Christian creativity.

How does God show His creativity?

If we are to judge by what we read in so-called Christian books, we need to beat our readers upside the head with the Bible. But we know the distain directed at Bible thumpers. It is well deserved—and it has nothing to do with creativity. So, let’s look at how God shows His presence in what He has created. 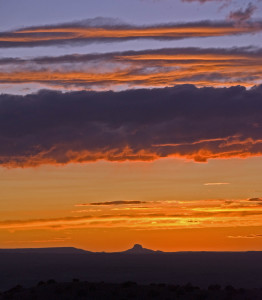 This is a typical expression of God’s creativity…or in a flower’s heart, a platypus, an octopus, or a green sea slug which uses chlorophyll. His creativity is obvious—to a believer. The Lord said through Paul, that no one has an excuse for missing it: “The wrath of God is revealed from heaven against all ungodliness and unrighteousness of men, who suppress the truth through unrighteousness. For what may be known about God is clear to them since God has shown it to them. The invisible things about Him—His eternal power and deity—have been clearly seen since the creation of the world and are understood by the things that are made, so that they are without excuse.” [Romans 1:18-20 MEV]

But what does this tell us?

Our Christian message must flow out of who we are. Of course, if we are an immature, obnoxious Bible-thumper then I guess we can expect that. But lately, I’ve come to know several Christian authors who add the spiritual realities to their works almost subliminally—yet directly stated.  Ben Patterson said, “It’s hard to separate my writing from any other aspect of my life, but here goes …” and Jeremy Bullard put it this way:

“I don’t know if you can ask a writer a more difficult question. Considering that writing is little more than giving life to imaginary worlds, one can easily equate this question with another common stumper — “What has the Lord called you to do with your life?”

Now, some people can give you an answer right off the cuff. I’ve never been that guy. I’ve never had that much insight into my own life, let alone the life of the world I’ve created. As relating to God, the only thing I can say with certainty is, “I am whatever the Lord wants me to be at any particular moment.” It’s the same answer for writing as it is for living.”

There’s a lot of wisdom in these answers. They aren’t being flip. As far as I can tell, that’s who they are. Here’s a couple of excerpts from Guy Stanton III’s guest post on Christian speculative fiction.

…if the latter is you, then you’ve found what you’re looking for in Speculative Fiction, where anything goes. This is regrettable in some cases, though it shouldn’t be the case, but in general this type of book provides a bold flavor more suited to those who like some variety in their literary diet.

I’ve written examples of Christian Speculative Fiction in my The Warrior Kind series, but really one could say my writing has a blend of all of the following genres contained within it: Fantasy, Science Fiction, Inspirational, Action Adventure and Romance. What separates me though is that I didn’t limit myself to any of them, but I borrowed what I wanted from each. I ran with it and thus I have provided my readers with a speculative, and yet powerful, experience into worlds of my creation peopled by individuals—who make decisions and face reality in a way that stereotypical settings fail to. They call it Speculative Fiction, but really it’s the genre for writing that has everything and is definitively the height of entertainment. I write stories that are speculative by nature, but Divinely inspired in underlying message and that’s the way I like it.

Yvonne Anderson talked about the subject in this manner:

The question was posed: What has God called me to do with my writing, and what are His purposes for Christian writers today?

This two-fold question has a single answer: Whatever He wants.

That’s the key to all of this. We pray and allow the Holy Spirit to use us, which allows His creativity to flow out through us. Our creativity is not worth much, but he gives freely of His. So, give Him control of your writing.