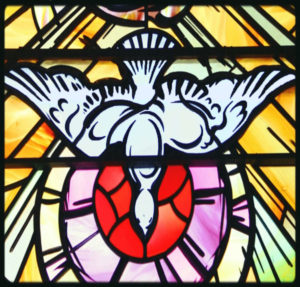 I love writing fiction. I’m well underway with book two. In Staff of Darkness, the second book surprises immediately though that is not unusual. My goal is a second book showing spiritual power without depressing me. Second books have become a major irritant to me.

They’re usually dark, depressing, and hopeless in the hands of modern writers. I’m supposed to get the hero or heroine to the place of absolute despair. I don’t know about you, but I hate that. I read to be uplifted, as well as entertained. These second books in a trilogy commonly remind me of Old Yeller. My wife tells the story of leaving the theatre in tears, sobbing because the dog dies. I had that same reaction to One Flew Over the Cuckoo’s Nest — cuckoo indeed.

In a lot of worldly fiction, authors seem compelled to emotionally beat up the reader/viewer. Not kind. Rarely helpful. Almost always annoying. As one known by God, I am called to lift, edify, and help the reader.

That why I particularly like writing with only a very loose outline. The joy of writing comes in these surprises—plus the ability to rewrite and/or eliminate nastiness. Watching a story unfold in my spirit, under my fingers, has become my main creative joy. I’m into chapter six or seven, and already I’ve discovered three or four major changes.

Things about characters mentioned or introduced in Staff of Light have become fleshed out as these people develop “real” life. More than that, the tale itself has made major changes in direction. What fun! It’s a much more intense interaction than simply reading. As a reader this a wonderful experience that was unexpected.

The trick, of course, remains the inclusion of spiritual power. But that’s a pure prophetic delight as the Holy Spirit adds ideas and even actual content. Let the heathen rage. It really does feel like almost an unfair advantage.