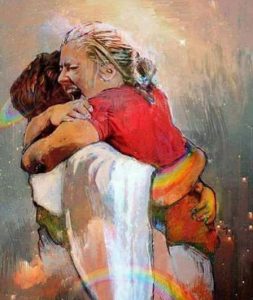 I don’t know who did this. It’s called, “First Day In Heaven”. I’ll pull it, if necessary. But a friend sent me this shortly after Pat went home. I think it captured how she felt when she got there.

Now we are on the cusp of entering a new possibly final decade and I find myself stunned. Yes, I knew my wife could go home any time. But, I was not ready for the reality. However, the Lord graciously gave me three days while Pat was sedated into unconsciousness to process a lot of the raw grief. So, I’m doing almost as well as I had hoped I would. Really.

But, to say my plans for the new year have radically changed is a massive understatement. It is true that Jesus has had me thinking about these things increasingly for several months. It is also true that Pat made sure she had done what she could to get the house ready before she left. But the emptiness is huge. She is the love of my life, outside of Jesus. We have been one for over four decades. And we knew how rapidly the end of the Gentile Age is approaching.

I realize the Lord often takes much longer than I expect. But, the end of the age comes soon. The word we have been given is directly from Jesus.

Therefore watch always and pray that you may be counted worthy to escape all these things that will happen and to stand before the Son of Man. Luke 21:31-33, 36 MEV

Entering a new possibly final decade is a serious task

This is serious life and death stuff. Going up in the rapture is optional. If you are watching and waiting, and found worthy, you  go. If you don’t believe in all that stuff, you get to go through the final seven years. I wouldn’t wish that on an enemy. The earth will go through changes which will rival what happened at the Flood. Jerusalem ends up sitting on top of the tallest mountain in the world. And that’s the least of it. Here are some links to some David Reagan videos about the end.

If you haven’t turned to Jesus, repented, and offered yourself as a living sacrifice, the time to do that is now. Because when the call up into the clouds comes, you will not have time to do it then. It will be too late. He will welcome you. Jesus loves you—more than you can ever imagine. Turn to Him before it’s too late.