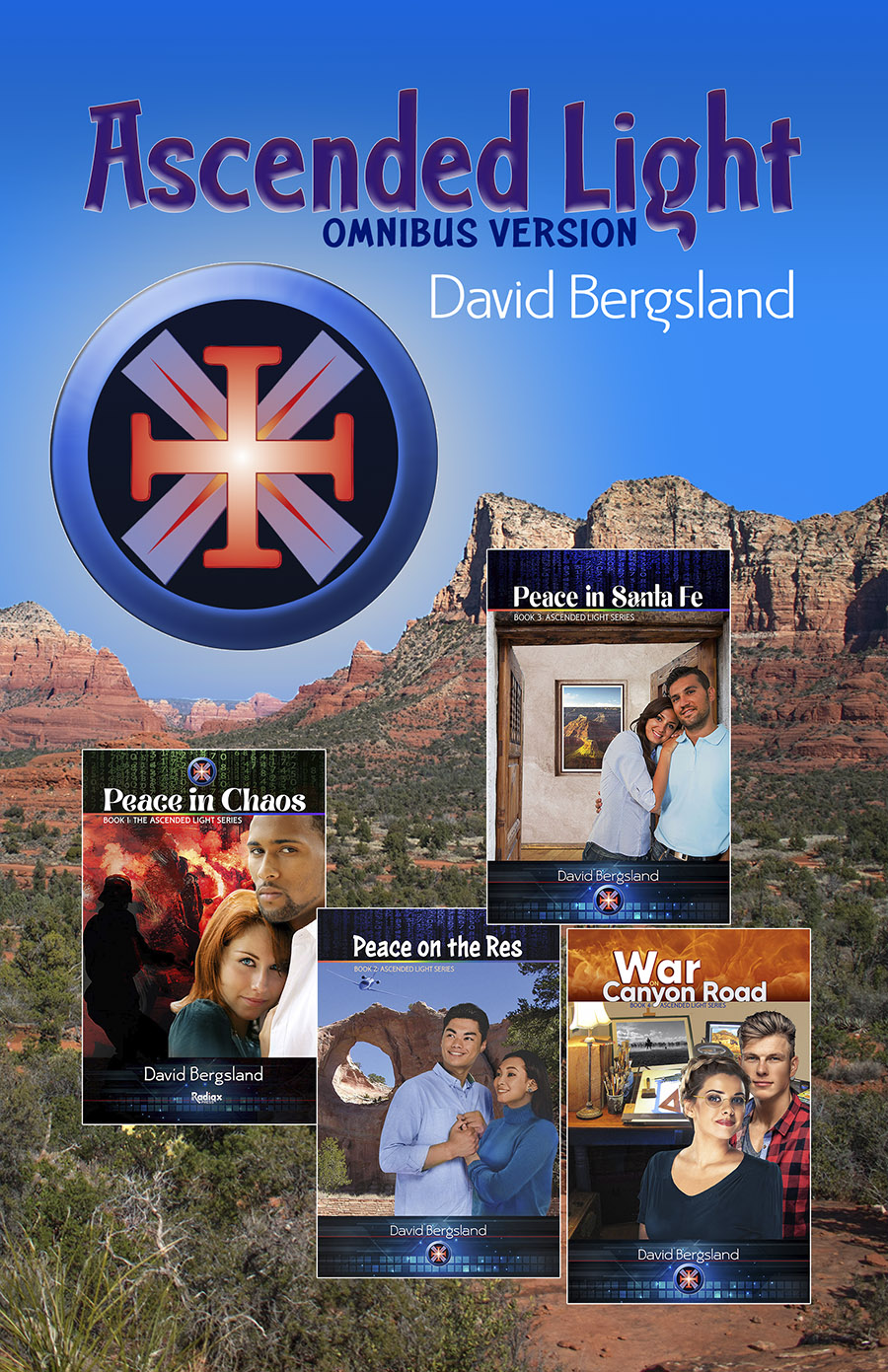 An ebook only omnibus version of the four books of the Ascended Light Series seems to be the next logical step. I’ve come to realize an important aspect of these books. Though they’re radical believing speculative fiction, in reality they’re the best way I’ve found to share my testimony. The Lord’s given me an amazing life in the Messiah for nearly fifty years. It doesn’t fit into any genre.

Believers living in the 21st Century…

This book, containing all four of the Ascended Light series books, might change your life. Best idea the author has is calling it a Christian royal fairytale—but it’s too real for that. It’s set to use Fiction> Christian & Fiction> Literary.

All reborn believers are royal, and we’re engaged to the King. But, in terms of genre, this book gives you a contemporary, action/adventure, thriller, with a little touch of science fiction and romance in the midst of a fantastic life [fantasy]. It’s a bit edgy, speculative, and contains supernatural, paranormal, spiritual warfare involving sold out believers in the late 2020s. To strange minds, like the one in the author, there’s even a fair amount of humor.

The author is driven to share with his audience what he has learned since he was a drug-crazed hippie in the late sixties and early seventies. That has been mainly influenced by the fact that Jesus, our Messiah, sovereignly called him in 1974. His life radically transformed.

There’s little or no preaching, few bible quotes. The author does not talk like that to his friends. He wrote the book as a conversation with his friends. The heroes of this omnibus book are five men and women called by the Lord when He sovereignly begins speaking to them while they are in a crisis. It’s like Jesus has been doing with Jews and Muslims, all over the world, for the past few decades. Actually, he’s doing it a lot all over now. The only explanation the author has for that is: time is short, as we approach the end of the age of the Gentiles. In this book, after convincing them that He is Jesus, He eventually asks the character something like, “What do you want?”

Their responses, male or female, are remarkably the same. A variant of, “I want a life that matters. I want to help others come to know that type of life. I want to be involved with people I care for, who love me, who care about this. I want to be what I was designed to be.” This omnibus version is about how the Lord does that for these five people, and the many people He sends to help.

The kindle version is the stripped out garbage typography which KDP requires. The rest are set in decent type.