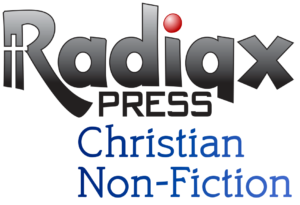 One of our outreaches to the body of the Messiah is Radiqx Christian non-fiction. We’re accepting manuscripts from authors for this and speculative fiction. Radiqx Press has published quite a few Christian non-fiction books on Creationism, Holiness, the baptism of the Holy Spirit, walking in the Spirit, and several Bible studies. In addition, we’ve produced many books for pastors, evangelists, and others to aid their ministries. The production work is done on the home site: Bergsland Design.

Our basic theology is conservative charismatic, guided by the scriptures, and led by the Holy Spirit. Walking in the Spirit, knowing the Lord, and serving in holiness have been the core of our teaching since the mid-1970s. We prefer the liberty found in liturgical excellence, In addition, our roots are in classical choral music—in the tradition of the St. Olaf choir. To this has been added many years ministering within the Foursquare tradition.

David’s original training came from a man steeped in the holiness doctrines, his father, Rev. Charles Bergsland. Charley was an Episcopal deacon who was filled with the spirit about the same time as Dennis Bennett. He was very active in the renewal which swept the church in the sixties and seventies in Minnesota. 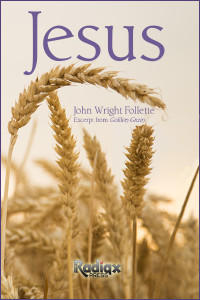 This free booklet is a wonderful teaching by one of the pioneers of spirit-filled living in the early 20th century. John Wright Follette was part of the original spiritual outpouring at the turn of the century. Carolyn Côté wrote in her biography of Follete in Golden Grain:

John Wright Follette was an obedient servant of Jesus Christ. His obedience took several creative expressions: teacher, musician, singer, preacher, artist, and poet. Though he never married or had children, he left the Body of Christ a living legacy of writing and preaching which continues to bear fruit in the hearts of believers.

During the early 1900s, Follette was a recipient and an active participant in the outpourings of the Holy Spirit on both the east and west coasts of America. He saw it all; he saw what served to mature believers and what served to stumble them. Later, his warnings regarding the wholesale claiming of Biblical promises and the seeking of signs and wonders were not well received in Pentecostal circles and he was often criticized. Time and experience proved him correct. Today, his works are a refreshing drink to disillusioned Pentecostals and busy but spiritually exhausted Christians all over the world.

His teachings help enlighten what we are doing with Reality Calling and The Skilled Workman.

As present we are publishing non-fiction from three authors

The Holy Spirit & Your Life In God series offers a Sunday school curriculum for introducing people to the baptism of the Holy Spirit. L.G. came to the Lord in the midst of the Charismatic renewal in the early 1970s. She has a wealth of experiential wisdom to share about giving the Holy Spirit His proper place in your life.

He has written many books on teaching scripture, knowing God, and walking in the Spirit.