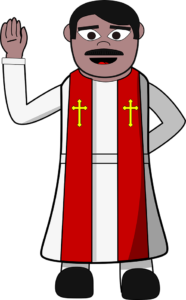 One of the things we talk about a lot is the horrible attribute named preachy. I’ve always just blown it off with a quick, “You got to make it real.” In Jerry Jenkins regular email today, he shared this.

The Come Alongside Secret

It’s all in the approach.

Two writers could communicate the very same truth. One might point his finger in your face and say, in essence, “Here’s what you’re doing wrong and what you ought to do to change and start doing it right.”

The other might say, “Let me tell you about the time I learned a very tough lesson.”

Which are you more likely to listen to?

One is preaching at you, teaching you, eager to make a point.

The other is telling you a story, and when he is finished, he will not even have to turn the spotlight on you to be sure you got the message.

In fact, readers love them so much, you can give them credit for getting your point without having to shove it down their throats.

As a college freshman, I took pride in how tolerant and inclusive and color-blind I felt. In fact, I was so ignorant of my passive racism that I was shocked one day to be brought up short and humiliated by it.

On my way to class I complimented a black man almost three times my age for performing a menial task. I smiled at him and told him he was doing a good job. He nodded and asked if I would hold up for a second as my friends moved on.

“Didn’t want to embarrass you,” he said.

“Just wanted to ask you if you ever complimented a white man for painting a wall?”

Puzzled that he somehow wasn’t pleased, I said, “Uh, no sir, I guess I have not.”

“Can you understand how that makes me feel, to have a young man like yourself praise me for doing something that anyone could do?”

To suddenly face such ugliness in myself stunned me to silence, and I could only nod in shame. I’d rather he had slapped me in the face, as I deserved. Nearly 50 years later it haunts me.

When finally I found my voice, I whispered, “Forgive me.”

He said, “Of course, brother. Now make us both glad this happened.”

Of course, this is only a small example. The basic process involves putting the Truth into reality with something that could really happen between two or more actual people. You’re not preachy with your friends (not for long anyway). You’re readers are your friends.