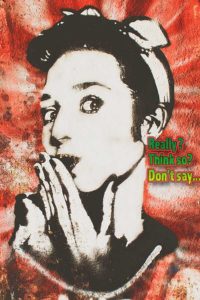 Transhumanism enters mainstream politics and it’s an opportunity for us—plus a cause for prayer and wisdom. It’s Luciferian doublespeak with a serious twist—this guy is what looks like a viable politic candidate with some very attractive options for technological enthusiasts. He sees death and the human body as options, in our future.

But the points I am making are simple:

We know we live in a Brave New World. But Huxley, being a secular humanist, missed the spiritual ramifications of this new civilization. At the core is the basic idea that we can do better than Creation. We can make ourselves into what we want to be. Christian Truth is holding us back. And we can take that for thousands of words. But I’m just trying to get you to think.

Zoltan Istvan on transhumanism, politics and why the human body has to go

All this came to head for me this morning as I read the fascinating article with the above title. “Why the human body has to go.” This is not yellow journalism, but calm, placid, scientific analysis of a problem seen by this guy [a Libertarian candidate for the Governor of California]. Here’s a few quotes from the article today in New Atlas:

Oh I’m totally embracing it! I have called for the end of humanity as we know it. The reality is that I think the human body is frail. I don’t want to say the human body is evil, but I don’t like it. I’m not a fan of the human body. I think it’s something that is designed to be replaced and replaced as quickly as possible.

When you tell me that a third of everybody I know dies from heart disease and my father has had four heart attacks, I’m not saying the human body is something wonderful. I’m saying look, the heart is a terrible frigging mechanism. Awful mechanism. Terrible. We need to replace it and we need to replace it quickly. Frankly you could say the same thing about the human body as a whole. Every single part on the human body has to go and can be substantially improved. And will be substantially improved over the next 25 years.

I want people to feel entitled to an indefinite lifespan where if they choose to live for a long period of time, they will. And to get there we’re going to need some type of government hand that says, enough with the bandaid medicine, enough with your Christian antics where you must die to meet God and it’s okay to age. I believe aging is a disease. I believe the government needs to classify it as a disease. We need to tackle aging, let’s stop it.

And he reveals himself clearly in this final quote:

We need to get over this idea that the body is something holy. Of course this is classic Christian ideology teaching us that, the human body is holy, marriage is holy, all these things are holy. Listen, none of that is holy. The only thing that really makes sense is what’s most functional to increase our living standards for ourselves, for our families and for our community and humanity as a whole. And frankly, to do that, the most functional thing is to upgrade ourselves. To get rid of limbs. To get rid of blood. To get rid of breathing air. To get rid of eating and pooing. I mean if you were to create a machine, you had all the power in the world, you would never create a human being. You would never create the human mind, three pounds of meat. It’s nowhere near as sophisticated as the Empire State building having servers lined up to the windows. Here, in just a few years we’re gonna see exactly how complex a machine we can create.

What do you think?