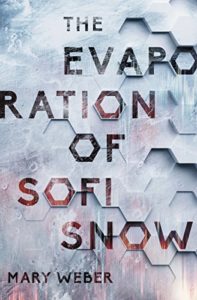 Yes, I tried again—painful. Traditionally published Christian fiction is in trouble. Relevancy and popularity trumps spirituality in almost all cases. It’s confusing. Why do they bother with the Christian? I’m afraid it’s that nominal Christians and non-believers are comforted by the purported genre.

The story itself tries to cling to the Hunger Games idea, with many other modern stories added rather haphazardly. It’s never convincing or believable. The characters  are sort of interesting, but very stereotypical.

Is that so bad? I suppose not. But with the talent of a Mary Weber, of Storm Siren Trilogy fame, so much more could be done for the Kingdom of God. However, I believe that her fans do not care about that at all. This is modern, high-tech, social-media society in all of its excitement and dangers. Well, actually the spiritual dangers are completely ignored.

This is barely even a clean read. It’s too titillating for that. Nothing overt other than the constant appeal to the flesh and the lusts thereof. And then there’s the sudden, horrific, dead stop cliffhanger ending. ‘Nuf said.