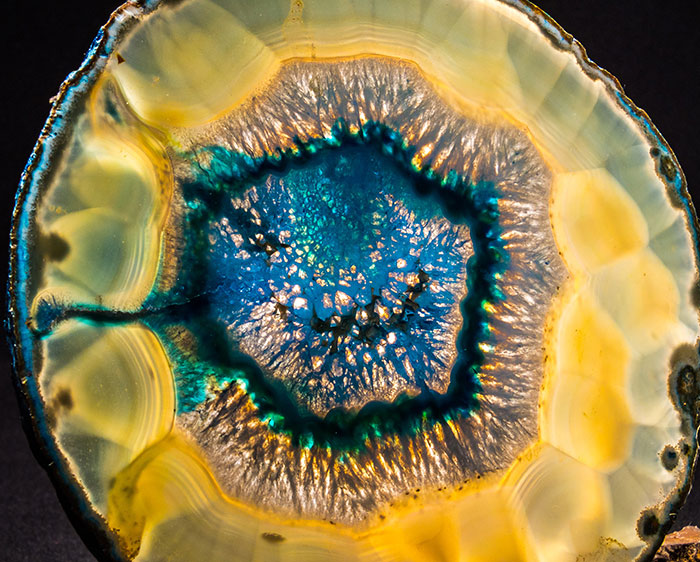 A New Jerusalem built of gemstones is beyond comprehension. We get all worked up about a tiny diamond. But, with the Lord, in the new creation, construction will be with gemstones. No more reinforced concrete.

I was reading this week from Isaiah. I ran across this: “ I will lay your… foundations with sapphires. I will make your windows of agates, and your gates of crystal, and all your borders of precious stones.” Isaiah 54: 11-12 MEV Imagine your mansion with windows of clear agate decorated with all the colors and shapes available with agate [that’s agate to the left].

Imagine building with malleable gemstone. I know I’m a crazy artist. In this world I love wood. The colors and grain of walnut, maple, oak, mahogany, and all the rest are amazingly gorgeous. But to get them I need dead trees, cut up, ground, sanded, polished.

I’m expecting to be able to craft with malleable rock in the new creation. Scriptures give us several hints like the passage I shared above. One of the most dramatic is near the end of the Revelation of John—talking about the new Jerusalem. “The wall was built of jasper and the city was pure gold, as clear as glass. The foundations of the wall of the city were garnished with all kinds of precious jewels. The first foundation was jasper; the second, sapphire; the third, chalcedony; the fourth, emerald; the fifth, sardonyx; the sixth, sardius; the seventh, chrysolite; the eighth, beryl; the ninth, topaz; the tenth, chrysoprase; the eleventh, jacinth; and the twelfth, amethyst. The twelve gates were twelve pearls, each of the gates made of a single pearl, and the street of the city was pure gold, transparent as glass.” Revelation 21: 18-21 MEV

Here’s a page in Pinterest of jasper. Imagine your walls built of jasper. Words can barely express how beautiful that can be. Search in Pinterest for each of the foundation rocks and be amazed. Remember, in the new creation there’s no death. That means no dirt, decay, dust, mold, or any of that. Paul tells us, “For the creation waits with eager longing for the revealing of the sons of God; for the creation was subjected to futility, not of its own will but by the will of him who subjected it in hope; because the creation itself will be set free from its bondage to decay and obtain the glorious liberty of the children of God. We know that the whole creation has been groaning in travail together until now;” Romans 8: 19-22 RSV

Just let this settle in your spirit: because the creation itself will be set free from its bondage to decay and obtain the glorious liberty of the children of God.