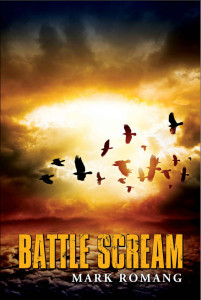 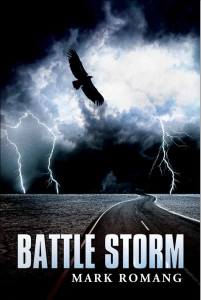 These books are great fun!

They are not nearly as radical as Guy Stanton’s books, but the spiritual warfare is well done even with the bow to Hollywoodisms. Originally, I found myself getting upset about the unreality of the spiritual warfare. I’ve been involved with this type of spiritual battle many times. It’s just a normal part of daily Christian living. I’ve written about this a lot over the years. Here’s something on cleaning up your workplace.

But then I realized that because this type of thing is so normal, most people would not be interested in reading about it. It’s just taken as a matter of course in both of my novels—maybe they’re not seen as exciting enough. But most people today want a superhero, a staggeringly fearsome battle, grotesque evil attacking good people, and so on.

This book reads more like what you would expect from a TV series or a movie. Is that a bad thing? Probably not, but it does add quite a bit of technically non-realistic action and plot development.

Mark’s book description of Battle Scream reads like this, in part:

To whom much is given, much is expected. Discharged war hero Andrew Maddix learns this lesson firsthand. The ex-SEAL thought he’d put his civilian life in order when he agreed to become the pastor of a small church in Utah. But all hell breaks loose when he discovers demons living inside the church building. Worse, Maddix learns he’s been chosen by God to lead a resistance against Satan. Armed with a flaming sword given to him by the archangel Gabriel, and a pouch of manna that enables him to see the spirit world, Maddix will fight back against the darkness smothering the world. But behind every great man is a great woman….

The interesting thing is that Andrew has a major near-death spiritual vision, which he doesn’t understand at all. Once he leaves the military [under duress], as a result of the near-death experience, he studies and becomes a pastor—seemingly Baptist or something similar. When it becomes obvious that he is dealing with an infestation of demons, he calls an Episcopalian or Roman Catholic type of exorcist [my blood father was a spirit-filled Episcopalian exorcist of power] to help him out.

This poor exorcist is in over his head but he cleans out the church building temporarily—almost getting killed in the process. I was having real issues with that. In my experience, if you clean a place out it stays clean until some outside  person or animal drags in something new. This is accomplished by the simple expedient of filling the place with the Holy Spirit and asking for His protection—in bad cases, on a daily basis or even more often. But never mind.

In this book, the Angel Gabriel shows up to explain what is going on. He gives Andrew a package of manna which enables him (or anyone who eats it) to see the demons. Then we get into a more Hollywood version of an angel/demon battle with Andrew and his friends struggling to be faithfully obedient. Andrew is a SEAL of almost superhero proportions. I don’t want to give any spoilers so this is enough…

This isn’t quite spirit-filled, but it is evangelical+ for sure

The characters are not familiar with the gifts listed in 1 Cor 12, but they go far beyond the normal life experience of a typical evangelical. With that given, this is a very realistic book. The battle scenes with the demons are quite intense and plausible [given the rules of the book]. Mark tells us before the book begins that we cannot physically fight demons, but that he has used this device to tell the story better. On that basis, these are very realistic spiritual battles.

The second book gets much further into the warfare

The battle grows world-wide with truly epic results. The prophecy over Andrews life and that of his son is more than intriguing. The end of the book is truly joyful. Mark claims there may be a book three, but even he admits it would really be a whole new series taking place a little later in time from the first two.

I recommend these books. They are great fun!

On a more serious note: Exorcism is usually called deliverance in my Christian circles, but for the true believer it is no big deal. The person born from above, praying in the name of Jesus, filled with the Holy Spirit, has absolute authority over the Creep and his hordes. No shouting necessary. Just tell them to go, and they are gone—depending on your faith.