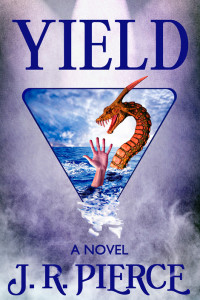 This was a rough start for me. It took two tries. But I finally slid into the story after about 100 pages into this book which was 1288 pages on my iPad. But it was worth it.

Well, even though reading the book sometimes feels like Pilgrim’s Progress, it’s not a tale like that. An allegorical fantasy probably comes closest. The main character is transported to this place while his body on earth is hospitalized in a coma. They had severe marriage problems. His wife, Ellen, was divorcing him, but she’s drawn into his hospital care.

In this other place, Chase McKinney eventually finds himself in a world where the spiritual battle of good and evil is out in the open and very real. Chase is gradually drawn into the battle and it gets intense.

By now, I’m enjoying the book. It’s nothing like the Marc Romang battle series—with over the top spec ops warfare. The battle is more medieval in style yet strangely contemporary in culture. It’s a fun mix.

I have no idea about the word count, but it’s a full-sized book. Yet, the story fills the length well. Except for the difficulty getting into the story at the beginning, it flows well and quickly. It had many fun twists.

Yet, the world-building is not very deep. You find out enough about everything. And, you understand more because of the familiar nature of the culture in several areas. But the descriptions were strangely thin and lacking in substance.

The length is put into the people and relationships. I had no sense that the book was too long. It was merely a satisfying read.

In this day and age, that’s saying something. It’s a good clean tale without gore, yet real enough to engage. You should read it.