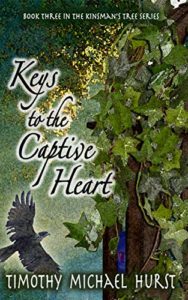 I just finished Keys to the Captive Heart — book 3 in Kinsman’s Tree series, and Timothy has given us another wondrous portion of the tale. This one seems a little scattered, and somewhat less focused. However, the reality of Truth continues to shine through.

That would be difficult to see, looking at the blurb:

With the Empire of Chōl bent on their destruction, the Etom of Endego and their newfound allies brace for the enemy’s assault. Against an army of such colossal foes, how might the tiny creatures possibly stand a chance?

Meanwhile, events set in motion during Company Jasper’s daring escape from Sakkan lead Nat and his friends on a search for one the Eben’kayah thought lost long ago. Along their journey will they discover the Keys to the Captive Heart?

There is no way to deny that the full gospel is presented clearly—though in a much different world. Much as I am trying to do in my writing, Timothy is presenting Truth in a fictional world to help people step outside of reality into the comfort of fiction. He’s doing it well.

I believe it really helps 21st-century readers to be slid into the truth on the wings of fantasy. This level of living has become a fantasy for the vast majority of young people in our civilization. Even for readers in their 50s, 60s, 70s, or more, the walk of faith has rarely, if ever, been presently realistically.

Now, the Kinsman’s tree series is pretty far outside objective physical reality. Yet, there is a lot of true spiritual living. Is it perfect? No, fiction will never be able to do that—by definition. Yet, the clarity of spiritual reality is there.  It’s an excellent effort. He has earned the spirit-filled award. 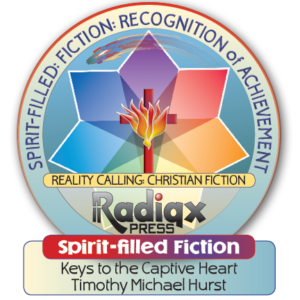