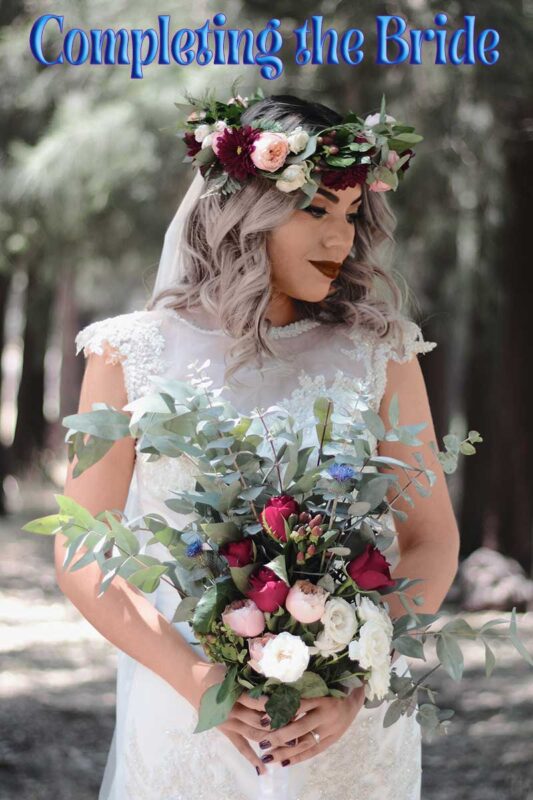 Our assignment to help complete the Bride has become my current project. The Lord has told me that I am to present it, explain it, and encourage people to get involved. This is a serious work, and Yeshua is looking for volunteers.

The month and a half since I finished publishing my seven urban fantasy books about living in the anointing with a spouse supplied by the Lord has been a time of intense prayer and self-examination for me. I’ve never felt so strongly that I need to know what the Lord has for me to do for these final days, weeks, months, and maybe years. I phrase it in this manner because I am very aware of the times we are in and where the Lord is in regard to His Bride—and I know that the leaving of the Bride is imminent. No, I have no date. But it’s time to be watching carefully because only those who are eagerly waiting for the Lord’s return will hear the upward call.

“As it is appointed for men to die once, but after this comes the judgment, so Christ was offered once to bear the sins of many, and He will appear a second time, not to bear sin but to save those who eagerly wait for Him.” [Hebrews 9:27-28 MEV]

Notice, that He is not coming for Judgment but to save those of us who are eagerly waiting for Him—from the Wrath which is to come. I’ll use the Latin term, from the Vulgate, transliterated as Rapture. Yes, the term is in the Bible—but in the version which was the standard for 1600 years [until the 1970s]—in the entire church until the seventeenth century, and the Roman church until the late twentieth.

Our assignment to help complete the Bride is real

It all culminated yesterday, when Jesus made it clear to me that I am to share His desire for certain authors—including me—to become involved. I have no idea who will respond to His call —though I have my suspicions. But it’s an important work which needs to be started or completed now.

What is coming in the near future

During the events of Jesus’ Revelation to John [known by some as the Great Tribulation], it is likely that our books, videos, blogs, podcasts, and so forth will be canceled. I’m sure the Holy Spirit has got some of his people working on providing such things to the world during that time.

But it is obvious that they will need their own servers and secure Web access—isolated from the Tech Giants. Please don’t assume that your creative output will be available on Amazon, Facebook, YouTube and all the rest after the Bride has left for the Bema and the wedding. I’m certain most of the believers’ digital materials will be canceled—probably within hours—as soon as we’re gone.

But that’s not what this is about

The Bride is in the process of being completed. Only those of us who make it to the Marriage Supper of the Lamb in Revelation 19 will be there when the consummation occurs—and we all become one like Jesus and the Father are one. That’s what Jesus prayed in John 17.

The Tribulation saints will not be part of that, as far as I can tell. I’ve been teaching scripture and prophecy since the mid-seventies, and it has never been as exciting as it is today. We are truly living in Bible Times. Believe it or not, I’m actually getting excited. What fun!

This call for authors willing to work on the completion of the Bride is one of the final efforts Jesus is making as He anticipates the Father telling Him it’s time to pick us up. Evidently, some of us are so hidden that only fiction (and probably speculative fiction) will reach us. They may be few, but there are some the Lord says we can reach. We can’t go until all of the Bride is ready to go.

We all know how long it takes to get a book written and published. But I can testify that it is a lot less than many of you think. I experienced that with my final two series. The Holy Spirit anointed me to write, edit, proof, and publish seven novels of a two series tale between late July 2020 and early August 2021.

I may have more books to write before we go, but for now, Yeshua has made it clear that I am to present this calling to the Christian authors I know. Until this assignment is complete, I can not think of anything else to be doing.

Please comment as you are led. If you want to talk my email is david @ radiqx.com —and… Yes, I’m willing to help with production issues for all of this.