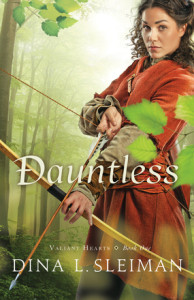 Early quibbles: I signed up to review this book because it looked like a fantasy or at least a “Robin Hood” type of story. It is a Robin Hood-type of story, but mainly it’s a romance. I was afraid of that. Huge portions of a book which could have been so much more are spent with “OMG, where are these feelings coming from?” “Nope, I can’t do it. It’s too risky.” “I don’t trust him or her.” “Am I evil or sinful?” “Why am I feeling this spark and compelling attraction?” The last question has an easy answer, “They are fleshly feelings which have little to do with what the Lord wants to do in your life.” But then I’m very strange. I knew my wife well as a friend and close fellow traveler of the narrow way. I settled who the Lord wanted me to marry well before I asked her, and before feelings got in the way. [Yea, I know. Weird!!!]

There is a good story hidden behind the romance

And, the romance was fun—if you could disregard the angst of teenage love/lust/confusion. It is extremely predictable, but thankfully all the many twists are resolved to the good by the end of the book. I hate books which punch me in the gut. This one is often tense, regularly grabbing me with concern for the good guys and fear of the bad guys.

I don’t like the cover at all, for many reasons. It’s pretty, but does not really have anything to do with the story. The tale’s about an outlaw leader and a lesser noble with no station dealing with the trouble, danger, and shear nastiness of medieval England at the time of the emergence of the Magna Carta. All of these compelling issues are overwhelmed by the romance.

As usual, the woman I visualized in the book has nothing to do with the image on the cover. I wish authors could realize that the internal images developed while reading a book are much better than a supplied face on any cover (other than in a biography or non-fiction history book). This story is about a wonderful, strong, gifted, female leader. The archer part is but a very small portion of who she is. The level of makeup is far beyond the reality of the story. And the cleanliness of the woman merely makes me laugh. It’s as bad as the characters found in a 1950s Western.

The male lead is not even hinted on the cover. He is largely a very confused boy driven by the flesh with his desires for position, fame, power, grief avoidance, and the list goes on. It turns out good in the end. But the distaste I developed for him in the first two thirds of the book hadn’t left my mind by the time he actually turns into a likable, solid person. He never makes it (in my mind) to trustworthy.

The vacuous, unrealistic white space by Merry’s head in the cover should be dark leaves. A forest is dark—especially old-growth forests like these. It is glorious, beautiful, and inviting to those who know forests and Merry certainly does. The image to the left would work better and help the typography.

The rest of the world Dina built has similar issues. The culture, architecture, customs, geography, and all the rest are given short shrift in this book, and it hurts the story.

Will you love the book?

Probably. This is entertainment. It really is a very good tale about admirable people in very difficult circumstances. I’ll give it four stars, but as a fantasy two stars. Sadly, it’s CBA friendly—translated a clean read with little or no spiritual content of any importance.

It is Christian, but it’s not really the core of the story. It will offend no one, meaning it’s not edifying or helpful spiritually. Thank God, it’s at least on the Kingdom side of things. But much of the Christian living shown is not believable, and none of it is about the realities of walking in the Spirit in the midst of an antagonistic, heathen world run by the Enemy.